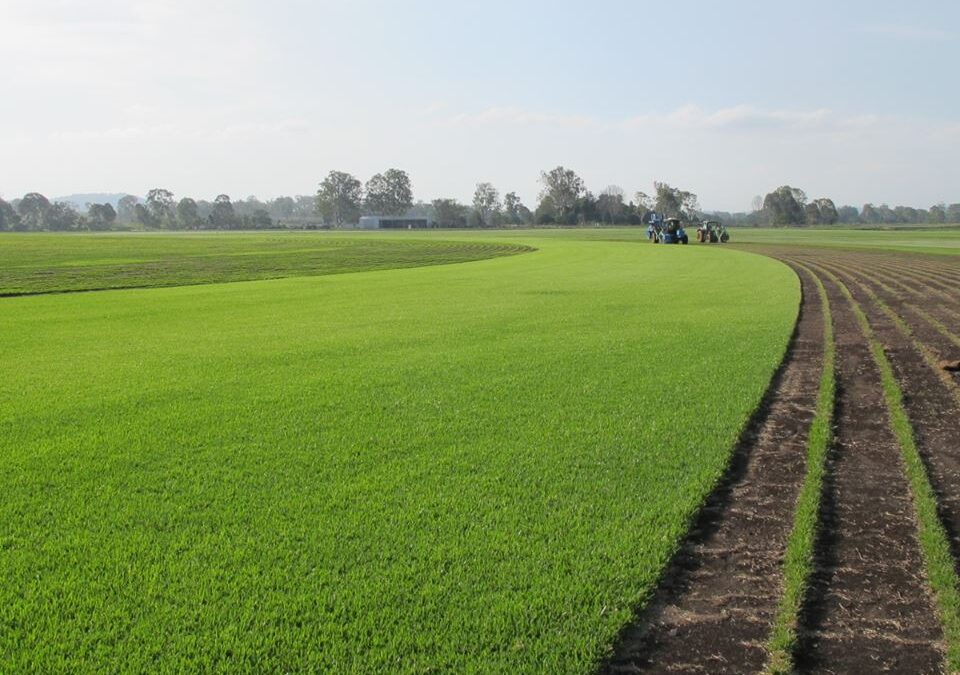 It is one of the most common questions that people ask our growers, some people have a few bare patches in their lawn and think they can throw down some buffalo seeds and it will fix the issue. Or they also ask if they can put down seed and have a buffalo lawn at a cheaper price…. Unfortunately buffalo lawns are virtually impossible to grow from seed, but there are some tricks to help reduce the costs, but first:

So the question is … can Buffalo grass be grown from seed?

So can it? The short answer is no… and not really…..

Buffalo grass is notoriously bad at growing from seed, this is why we cannot find Buffalo grass seed for sale at Bunnings or garden centres, but not only in Australia but also around the world. Sure you might find a few buckets claiming to be buffalo seed, but avoid these like the plague.

This is also why Buffalo turf growers will never harvest their entire crop of Buffalo grass, but will instead always leave strips of turf behind on the sides for the new turf of Buffalo to grow from.

Some Turf growers grow new Buffalo grasses from seed, usually if they are importing a new grass under a PDR for testing in Australia – but it’s extremely rare.

They do this with massive quantities of seed which is often selected and blended and then planted in the same large quantities in order to obtain a few new grass plants for further plantation. Or they import a new variety from overseas, go through the quarantine period, plant it and then grow it from a small sample, filling out a turf field over a number of years, by cutting and replanting, testing and then replanting again and again.

Instead, due to the difficulties involved in Buffalo turf breeding, most Buffalo grasses which are claimed to have been bred were instead ‘selected’ amongst naturally growing variants.

For the homeowner wanting to grow a new Buffalo grass lawn from seed, they would be best to look at other low-cost options such as growing Buffalo turf from Buffalo runners or from Buffalo plugs, in theroy if you wanted to half the cost you could by buying half the about of turf rolls and spacing them about a turf rolls width apart, then waiting for the turf to fill the gap – you’ll probably be waiting a full growing season for the turf to take hold and establish